It's fine to celebrate success but it is more important to heed the lessons of failure. 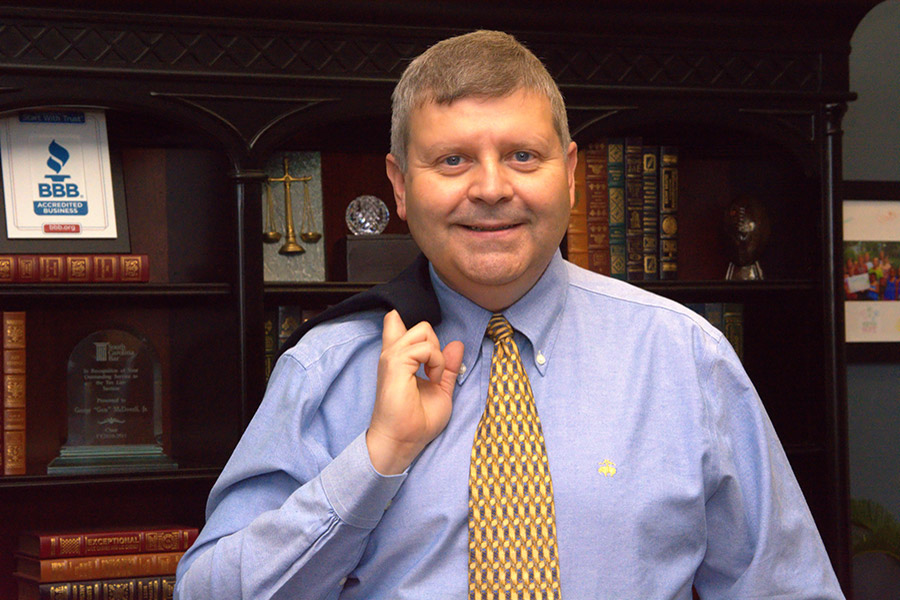 Gem founded The Gem McDowell Law Group in 2010 and practices in the areas of Estate Planning, Probate, Business Acquisitions, Corporate Work and Commercial Real Estate. Prior to opening his own firm, he practiced Tax Law and Business Law at large multi-state firms and acted as general counsel for a large multi-state developer.  Gem received his Bachelor of Arts from Wofford College, Juris Doctor from University of South Carolina at Columbia and a Master’s in Laws in Taxation from Emory University.  As a commercial real estate attorney, he has closed over $1 billion in real estate deals, including one project worth $270 million alone.  Gem enjoys spending time with his wife Tiffaney, daughter and son-in-law Jessica and Jonathan, son Gem and his dogs.

Click here for a FREE 20 Minute Consultation with an attorney.

DISCLAIMER: THE INFORMATION CONTAINED ON THIS WEBSITE HAS BEEN DESIGNED TO PROVIDE EDUCATIONAL INFORMATION ONLY AND IS NOT INTENDED TO BE USED AS LEGAL, TAX, OR BUSINESS ADVICE. PLEASE DO NOT MAKE ANY DECISIONS REGARDING LEGAL MATTERS WITHOUT CONSULTING WITH A LICENSED ATTORNEY FIRST. NO ATTORNEY CLIENT RELATIONSHIP IS FORMED BY ANY USE OF THE INFORMATION PROVIDED HEREIN.